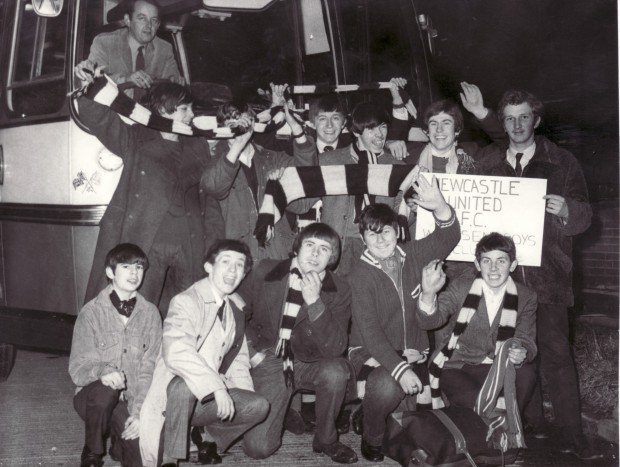 Wallsend Boys’ Club had strong links with their nearest big professional football club, Newcastle United. This first reached a peak in a particularly memorable way in June 1969 when Dave Beardall drove a bus of boys’ club members all the way to Budapest in Hungary to watch their heroes from United beat Ujpest Dozsa in the European Inter City Fairs’ Cup Final.

This journey was no mean feat at the time. The Cold War was still going strong and the group set out on their 2,870 mile journey with neither visas nor tickets. Dave recalls how after camping on the first night in Austria, they set off for the Hungarian border to find themselves surrounded in no-man’s land by heavily armed border guards. On hearing of their planned destination, the guards provided visas and allowed them to continue their journey. It took another three days to reach the ground, where the exhausted party set up camp again.

At 5 in the morning an Ujpest official woke them up to provide free tickets and bacon sandwiches. Having watched a game in which Newcastle (3 – 0 up from the home leg) came back from 2 – 0 down to win 3 – 2, the boys ended up in the Newcastle dressing room sharing some of the victory champagne.