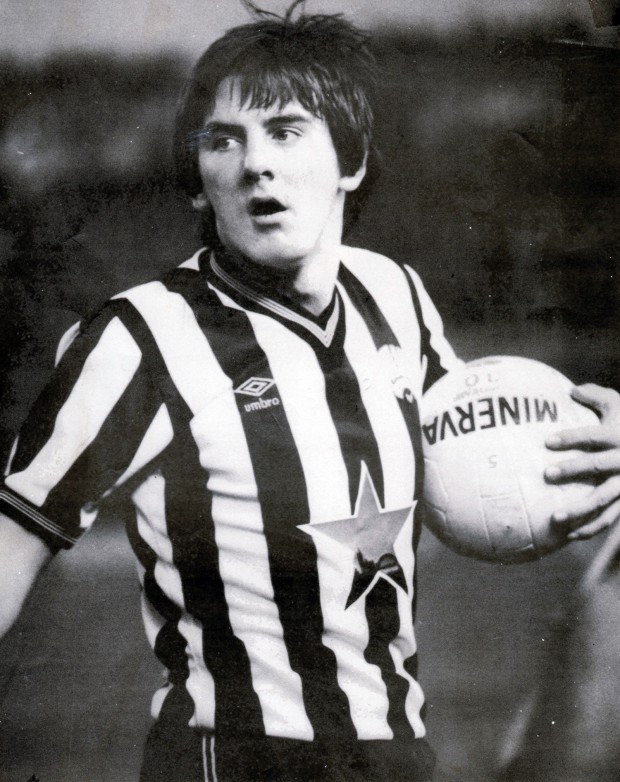 By 1984 Wallsend Boys’ Club were able to start using some of their former stars to support themselves when needed. The Presentation night of that year, held on July 19th, saw the launch of an appeal to raise £5000 for repairs to the roof, damaged in a fire in 1977 and never properly repaired, – in fact it was leaking in four places. Peter Beardsley, now a star of Newcastle United and England, having played for Vancouver Whitecaps since his signing for Carlisle, was happy to spearhead the appeal and lend his name to it.

Professional players and former old boys, Tony Sealy, Eric Steele, Les Taylor, Keith Lockhart and Brian Laws were the first to make donations, totalling £141. Neil McDonald, now also playing for Newcastle United lent his support as well. The club’s boys committee handed over a cheque for £1,000 to Peter Beardsley from funds they had raised over a number of years. Launching the appeal Peter said that the Boys’ Club movement was worth supporting. “I still remember the great pleasure I derived from being a member of, and playing for, Wallsend Boys’ Club”. By that time, Peter Beardsley was back on Tyneside and a star of the Newcastle United team.