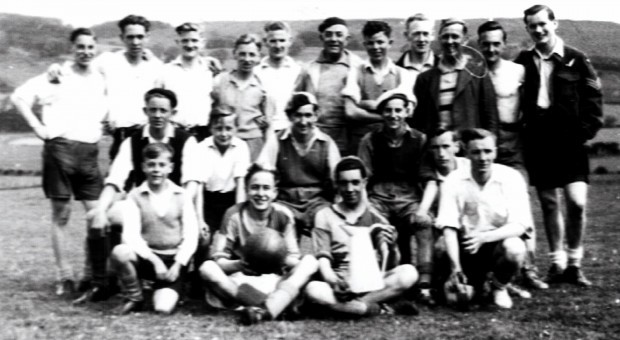 During the war years there was an Army Cadet Corps based at the Boys’ Club run by Sergeant Major George Wilson. To encourage the boys to ‘knuckle down’, he would give some of his junior soldiers “rankings” within the Cadet Corps. Jack Carruthers was elevated to the three stripes of a sergeant. One weekend the Cadet Corps sent a group of members to the rifle rage at Ponteland which was run by full time army staff.

Jack was among the lads sent there and on arrival all the juniors had to stand on parade to meet the commanding officer. The officer asked jack why he was wearing three stripes on his arm and Jack explained about the cadets being promoted at the boy’s club cadet corps. The officer laughed and for the rest of the weekend Jack was called the ‘novice sergeant’.

Camping trips with the Boys’ club were not solely connected with the Army cadet corps. Bill Watson recalls that Mr Grossman, who owned a shop selling model railways on Croft Street in Newcastle, was a great benefactor of the club. He financed two day camping trips to Hawick Hall in Northumberland. The boys travelled there in a bus provided by Mr Grossman and then camped in bell tents in the hall grounds. There would be activities such as ‘tug-of-war’, and in the evenings Cecil McCormack would play his harmonica around the camp fire and there would be a sing-song.

There were also regular summer camps during the school holidays for those who could afford to go. In June 1943 there was a camp at Wark and in 1944 a summer camp at Rothbury. The boys would be joined at these camps by their own leaders, including Sandy Laws, and by boys from other clubs in Northumberland or Durham. Mr Edward Roberts, the organising secretary of the NABC attended these camps, and his wife was usually the chief cook (and the only female present).

At the Wark camp, Sandy Laws, along with John Haldon and Eric Smith helped stage shows with Wallsend Boys’ Club members at the village hall. Another club member, Jim Sampson, who was big and strong, was taught by coaches at Wark to throw the javelin. He proved so good at this, that at a competition in the camp against the coaches, Jim threw the javelin more than twice the distance of the experts.