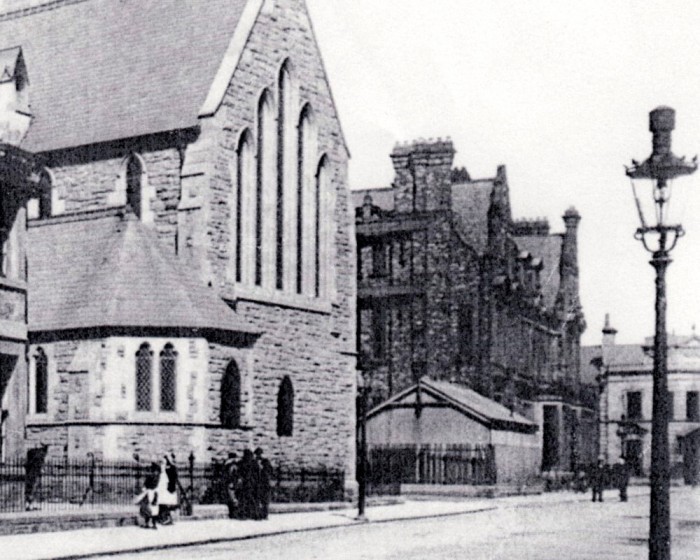 The beginning of clubs for boys (the fore runner to Wallsend Boys’ Club).

In 1883 George Burton Hunter built the ‘Wallsend Café’ on the south west corner of the junction of Station Road and the High Street. His purpose in providing this facility was to encourage his twin interests in temperance and education. Young apprentices from the shipyard were particularly encouraged to use these educational facilities.

By the turn of the century this commitment to the welfare of the apprentices had taken another turn, with a Boys’ Club being opened officially on November 14th1904. The club had two rooms which were situated in the main Café building, one for reading and one for games. In addition to this, they seem to have had a gymnasium situated at the rear of the Café, this was well equipped with bars, rings, vaulting horse and ladders. The boys also had access to a corrugated iron building which had been erected on land just south of the Café in 1904.

At the official opening Mr Hunter spoke of his anxiety to give all the apprentices at the shipyard every chance of progressing and becoming good citizens. He particularly warned them about the dangers of drinking, playing cards, or gambling.

By the time the Mauretania was launched in 1906 it would seem that the club had also developed its interests towards football. In October of that year Wallsend Old Boys A.F.C. formed, with Rev O’Brady-Jones being the first president. The club was based in the corrugated hut, but obtained the use of a field on the road to the Isolation Hospital (now the site of Wallsend ambulance station at Kings Vale).

Clearly this earlier club had very strong connections with the firm of Swan Hunter and the official Wallsend Boys’ Club seems to be its natural successor.

With directors of Swan Hunter being on the committee of the “new” Wallsend Boys’ Club, opened in 1938. One main difference was the fact that it was part of the National Association of Boys’ Clubs set up in 1925.